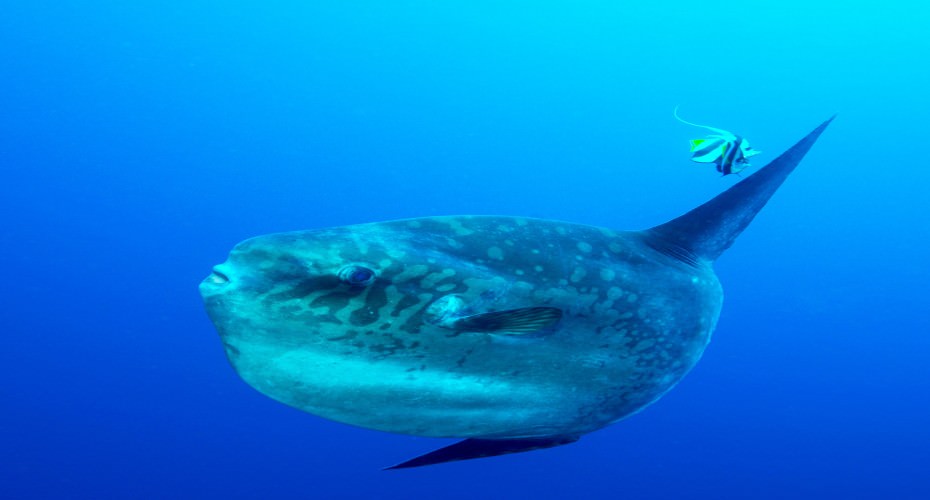 Mola Mola, the fish of many names. In common English it is called “the ocean sunfish”, Germans call it “the swimming head”, other European countries name it “the moonfish” and the Chinese name is “toppled wheel fish”. Many different names but one special fish, and here are 8 facts about it.

1. Name origin of the Mola Mola

The name Mola is Latin for the large round stone, the millstone. It gives a reference to the grey, round body and rough texture of this fish.

The largest Mola Mola ever measured was more than 3 meters across and weighed almost 2,300 kilograms. This is almost a heavy as an SUV. The average Mola Mola weighs around 1,000 kilograms, making them the heaviest bony fish.

The Mola Mola can lay more eggs than any other vertebrate. In fact, they can produce up to 300,000,000 eggs at once. These eggs are very tiny and chances of survival are relatively small. Once it is fertilized they grow very fast, gaining around 1 kilogram per day until they are fully grown.

4. They love to sunbathe

Mola Molas like spend a lot of time of their day near the surface of the water, they will bathe in the sun which helps them regulate their body temperature after the deep dives in the cold water. The Molas are knows to dive as deep as 600 metres.

5. They are found throughout the world

Mola Molas live in tropical and temperate waters and can be found in the Atlantic, Pacific, Mediterranean and Indian ocean. It is most likely to see this fish in its natural environment since they are hard to keep in captivity. Luckily here in Bali there is the chance to see the Mola Mola. This most likely to happen between July and November. Check www.atlantis-bali-diving.com to see the Mola Mola dive sites Dune Atlantis offers.

6. They feed on jellyfish

The Mola Mola fish mostly feeds on jellyfish and other relative species. Besides this they also eat sea sponges, small fish, squid, crustaceans and brittle sea stars. On the other hand, Mola Molas are predated by orcas, great white sharks and seals.

7. They don’t have tails

8. Mola Mola are harmless to humans

With their big appearance they might seem as dangerous creatures. However, the Mola Mola is harmless to humans. They move very slowly and are likely more frightened of humans than vice versa. Contrary to humans, their biggest threats are being hit by boats or being caught as bycatch in fishing gear.

Check the link below to see how the Dune Atlantis staff and guests encounter a Mola Mola in Nusa Penida. https://www.youtube.com/watch?v=S51V5szpNws
Click here to book your day in Nusa Penida https://www.atlantis-bali-diving.com/go-diving/daily-diving-trips/day-trip-nusa-penida

END_OF_DOCUMENT_TOKEN_TO_BE_REPLACED 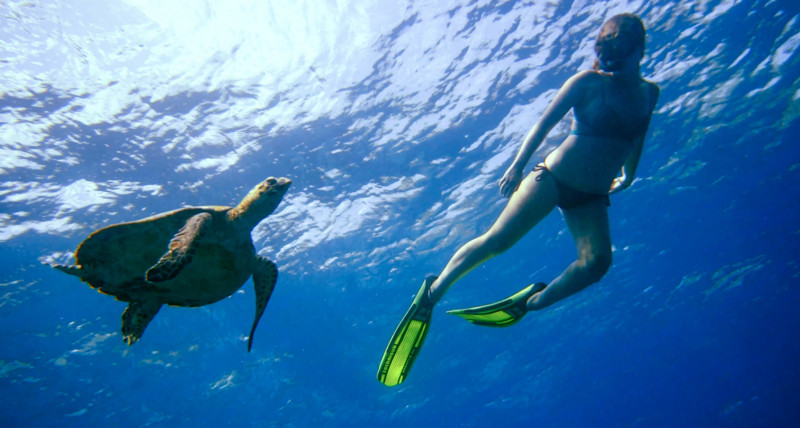 The Do’s and Don’ts of Snorkeling