In the previous part of this blog, we have covered mostly small to medium sized marine creatures. In this continuation blog, we will cover even bigger creatures. A good dive buddy also gives their fellow divers a heads-up when an interesting and/or hazardous ocean creature is nearby. So how do you alert your dive group when a shark is finning by, a triggerfish is hidden under a ledge or a tiny nudibranch is barely visible to the human eye? Underwater hand signals are the secret language of divers. Once you get good at them, you can have entire conversations underwater. Some divers even find themselves using scuba diving hand signals on land. Below, we have compiled another list of hand signal for marine lives.

A ferocious fish found amongst the coral reefs where they usually feed. They will attack and chase you if you are in their territory or when they are provoked; should you say “triggered”. Hold your hand in the shape of a gun and pull the trigger referring to the name of this fish.

While holding one of your hand on the other, stick out your thumb and rotate them to signal that you have spotted a turtle nearby. The motion of the thumbs mimics how turtles use their flippers to swim while holding your hand on top of the other mimics the turtle’s shell.

Spot an octopus hidden under the coral crevices? Hold one of your hand into a fist and set it on your other hand which fingers are wiggling around. The fist would mimic the octopus’ head and of course the wiggling fingers indicates the tentacles. Basically, use your hand to make out the general shape of an octopus.

Stonefish may sound boring but don’t be mistaken, this fish is venomous and harmful to human. When touched, it will erect spikes on its back that contains venom that could cause extreme external pain. To warn your dive buddies about this fish, simply lay a hand palm flat and put a fist on top of it mimicking how stonefish usually hid in the sands.

A huge fish that can be spotted easily.  But in case you spotted one but still too far away to be seen clearly, simply put your hand into a fist and stick out the thumb and pinky, just like mimicking a telephone. The signal simply indicates Mola Mola’s body shape, a huge circular body with huge dorsal and pectoral fins.

Manta rays are such elegant creatures that to signal them requires some eloquence. Stick out both your arms and flap your hands. No, this is not to signal a flying bird but to mimic Manta ray’s swimming figure. This way, you can also compare the elegance of your signal gesture to the Manta’s.

Sharks rarely attack human on surface level, but do you know it is even rare-er to encounter shark attack underwater. Still, being cautious around such magnificent creature is advised. To warn your dive buddies if there is a shark nearby, simply stick one of your hand on your forehead to mimic a shark’s dorsal fin.

While still a shark, hammerheads have a special signal of their own. When you spot a hammerhead, put both of your hands into fist and place them on the sides of your forehead to mimic the shape of hammerhead’s head.

A tricky one to spot. The shape and color of their body makes them the master of camouflage in the reefs. Be sure to tell your buddies if you spot one by bending your index finger while placing your hand on your forehead. This gesture mimics the lumps on frogfish’s forehead.

Another contender of hard to spot marine creature. This teeny tiny seahorse is not only hard to see but also very good at camouflage. But if you are lucky enough to spot it in between the reefs, simply stick out your pinky finger. You will find striking resemblance of your pinky and the pygmy seahorse. 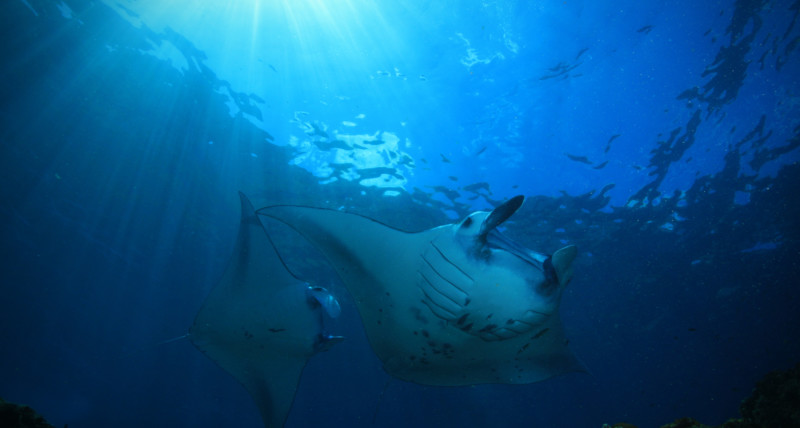 Manta Rays and How to Dive with Them

END_OF_DOCUMENT_TOKEN_TO_BE_REPLACED 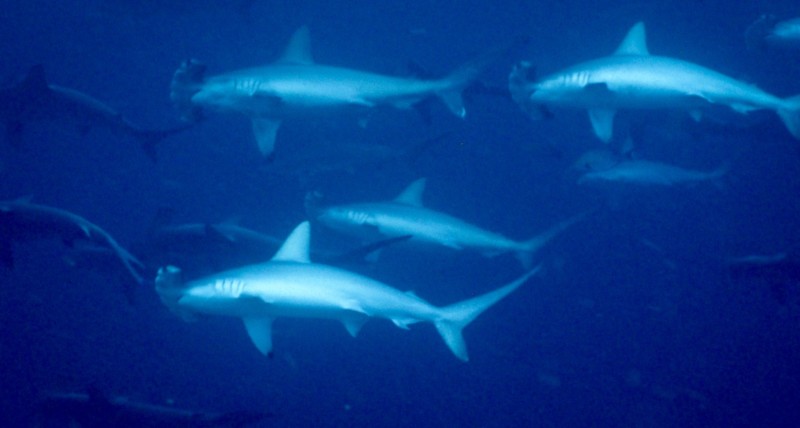