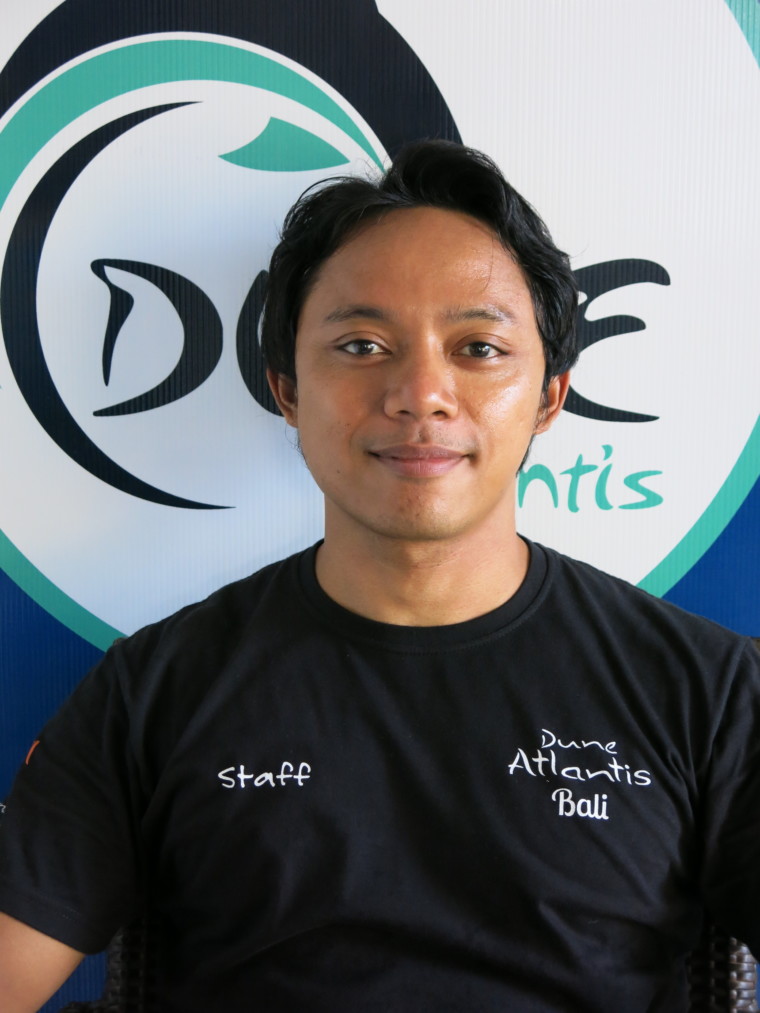 Rio manages the Social Media of Dune Indonesia. He grew up as a city boy from Jakarta but he was born in a city named Bandung in West Java, Indonesia. He graduated as a bachelor of economics from University of Padjadjaran and then worked as a stock trader at Indonesia Stock Exchange. He moved to Bali in 2010 because he likes nature, blue sky and fresh air. He had to change his job several times before he finally met Jerome when he joined Dune Atlantis Bali in 2015. He found Jerome as a good leader and a good boss who has vision and mission to become advance in what he is doing. You will see his post on our social media channels everyday and he will greet you and ask to get connected with you on social media. Rio speaks English and Indonesian.